Celebrate Rakhi - The Bond of love with JustHaat
Menu
Search

Rakhi - The Bond of love 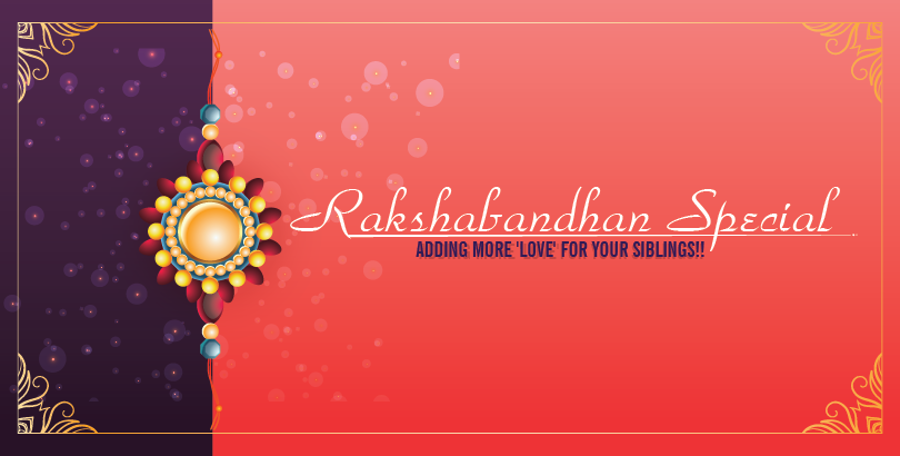 The festival of Rakhi is soon approaching. It is an everlasting bond between a brother and sister which is one of the most popular celebrations in every Indian home. It is celebrated every year on 'Shravan Purnima' (Full Moon Day of the Hindu month of Shravan), which generally falls in the month of August. It is symbolised by sisters tying the sacred thread ‘Rakhi’ on their brother's wrist and brothers promising protection for a lifetime against all odds which again fortifies the bond between them.

There are different versions of evidence in history which glorifies this festival.

It purely touches upon brother-sister affection, sacrifice, love etc and so Rakshabandan, as it is called, is still celebrated in the same traditional way it has been practised before. But with changing times Indians have spread across the globe and still prefers to keep such traditions alive. Today you can be in one country and celebrate festivals with your loved ones across the seven seas through online stores and supermarkets, online gift portals which make the transition of shopping and gifting smooth, easy and doable.

Though there aren't any special dishes on the menu for Rakhi, it's purely a brother-sister affair and so some of their favourite dishes are prepared. Kheer(vermicelli pudding), Gajar (Carrot) halwa, Sooji (semolina) halwa, Moong halwa, Basundi (milk dessert), Kaju katli (cashew nut fudge) Besan laddoo, Besan burfi, Ghee puri, etc are some of the few favourites and special dishes prepared.

Every celebration is incomplete without the indulgence of sweets and that's where we at JustHaat.com comes to your aide. We have a wide range of sweets made just for you. Being a trusted name as an Asian grocery store, we do care for our Indian customers and their needs from time to time. We are spread across the UK with our online store to cater to the ever-growing online demands. Do you have to wish Rakhi to your Siblings in the UK? Our online store JustHaat is just a store away and can help you get the best sweets your brother can ever get. It's not all about only sweets, rather you can lay your hands on the best deals for gift hampers, sweets, chocolates etc.

We have a wide range of designer Rakhi and sweet hampers specially prepared to celebrate this special bond of love. Listed below are a few of our sweet nothings waiting just to be picked from your JustHaat store:

Happy Raksha Bandhan from all of us at JustHaat.com. Enjoy the sweetness of this festival and experience the happiness of online shopping with us and we will be at your service for all your online shopping needs promising speedy and timely delivery at your doorstep and that too at reasonable rates.

“Rakhi- The thread which binds and pulsates with sisterly love and sublime sentiments …. Signifies a bond of protection.”

To make this bond even stronger, connect with us and we promise to make your Raksha Bandhan a most memorable one.